The changes will result in a wholesale demand response mechanism whereby consumers are able to participate directly in the wholesale market and be paid for providing demand response. The Draft rule was made in response to three rule change requests from a range of stakeholders including industry, governments, and consumer representatives. The proponents of the Rule were the Public Interest Advocacy Centre, the Total Environment Centre, the Australian Institute, the Australian Energy Council, and the South Australian Government.

The draft rule allows for AEMO to make the necessary system changes required to accommodate the mechanism with a proposed start date of 1 July 2022.

What is demand response?

Demand-side participation is an umbrella term for all of the actions that a consumer can take to manage their consumption and to respond to different incentives and variables. By definition, it requires the capacity to participate both from a technological and regulatory standpoint. Demand response may include wholesale, emergency, network and ancillary services. Wholesale demand response relates to a consumer altering its usage in a short term and in response to incentives and signals.

The reason for the rule change

Technology has evolved and become cheaper, it is now at the point where it is sophisticated enough to allow consumers to directly participate in the wholesale market. This trend is set to continue as we see the uptake of storage and electric vehicles.

The Australian Energy Market Commission considers that there needs to be changes in the wholesale market to facilitate greater levels of wholesale demand response. It sees the benefits as including:

Summary of the draft rule

The draft rule places obligations on DRSP that replicate those applied to schedule generators, as much as practicable.  The draft rule provides for settlement in the wholesale market and includes consequential changes to other aspects of the NER.  The rule will establish a central dispatch methodology in a transparent and scheduled manner. The market price will be determined on the basis of dispatch offers and received dispatch targets. Retailers will continue to build consumers based on actual consumption. 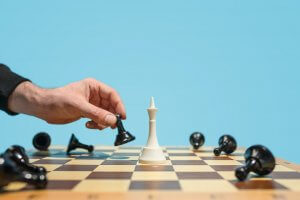 Tougher penalties The Statutes Amendment (National Energy Laws) (Penalties and Enforcement) Bill 2020 is currently before the SA Parliament. The Bill will amend