State of the Energy Market

Today saw the release of the 2017 State of the Energy Market, a report published by the Australian Energy Regulator.

There is a lot to digest in the AER’s comprehensive and useful report. In this first post, I will briefly look at some of the key themes.

It has been a challenging year for the industry, one that has seen significant structural and technological change.

‘Technology change is impacting on the wholesale electricity and gas markets more than at any other time in the history of the NEM…’ Paula Conboy—AER Chair.

Electricity retail pricing trended higher in 2016, in all states other than Victoria.

As I noted in a previous post, significant increases are expected this financial year on top of the average 13 percent in NSW and 11 percent in SA increases in 2016.

Australia’s electricity prices are above the OECD average, higher than the US, Canada, NZ, South Korea but lower than Japan, the UK and most of Europe.

In response to rising prices, the Australian Government has directed the ACCC to hold an inquiry into retail electricity pricing, with the preliminary report due in September 2017.

It has been another interesting year in the wholesale market. Wholesale market prices directly impact on consumers, although with a delayed effect.

The AER examines weekly wholesale prices in its report:

The AER point to a number of factors resulting in challenging conditions generally, including investor uncertainty about the viability of new generation investment against the background of recent coal plant closures.

As the AER note:

‘The past 12–18 months have been some of the most challenging Australia’s energy sector has experienced since the National Electricity Market (NEM) was established in 1998.’

Successful court challenges by the network businesses are expected to place upward pressure on prices. On 24 May 2017, the Federal Court upheld elements of the Australian Competition Tribunal’s decision on revenues for NSW and ACT network businesses.

Legal review is a common theme in the relationship between network business and their regulators:

‘Since 2008, reviews have been sought on 32 out of 51 regulatory decisions (figure 8). Of the matters that were varied or remitted back to the AER, none resulted in a decrease in revenues the regulated businesses could collect from their customers compared with the original decision. Service providers face little practical downside from seeking merits review. The legal costs of seeking review are minor compared with the potential upside from successfully reviewing elements of the decision. To date, consumers have not argued successfully for any decrease in network revenues.’

In a previous post, I spoke about the increased participation of consumers in the energy market, the blurring of the traditionally distinct roles between retailer, consumer, generator, and distributor.

Pricing pressures are forcing consumers to take matters into their own hands. This is evidenced by the greater take-up of rooftop solar PV and interest in energy storage.

The AER reports on the percentage contribution of various sources of generation:

Source: AER, 2017 State of the Energy Market, 30 May 2017 (https://www.aer.gov.au/publications/state-of-the-energy-market-reports) 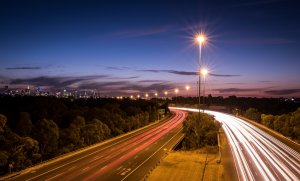 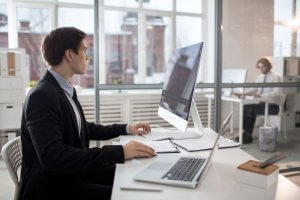