The Energy Fairness Bill tabled in the Victorian Parliament in late May 2021 has been in development for almost three years. If passed, we will see the most significant changes to the Electricity Industry Act 2000 (Vic) (Act) since the introduction of Division 5A of Part 2 (small scale solar generation).

Below, we provide a breakdown of the key elements of the bill for energy retailers operating in Victoria – hint: these regulations will not align Victoria more closely with the National Energy Customer Framework (NECF). We also highlight some key areas of concern with respect to the legislative drafting which should be explored and addressed prior to implementation.

Despite what some have been led to believe, we are confident that no employee of a retailer will be subjected to a stint behind bars due to this legislation. Employees, officers and agents of energy retailers can rest easy in the knowledge that it is the ‘retailer’ itself who might be subject to “1200 penalty units or 10 years imprisonment”. As we are unaware of an energy retailer that is also a natural person, we cannot see one being imprisoned.

There has been no accessorial liability provision introduced to hold directors or officers who are involved in these new offences liable to equivalent penalties of their corporations. Such a provision currently exists in s 97(11) of the Act, but only applies in emergency situations.

While no retailers are partnerships or individuals, it is conceivable that some exempt energy sellers might be caught by these sections. These sellers are usually smaller operators who do not supply energy as their core business. It seems strange that it is arrangements like this which would be most likely to result in individuals being imprisoned.

Wrongful disconnections and life support breaches are two of the new offences that have been introduced under the Act. These areas of energy retail are undoubtedly important, but have traditionally been reserved for subordinate legislation like the Energy Retail Code or the National Energy Retail Rules (NERR) in NECF. The traditional approach recognises that these operational areas of a retailer’s business are more appropriately dealt with flexibly by the relevant regulator, rather than parliament.

The new Bill is difficult to navigate and it is likely that retailers and the regulator will have competing views on several provisions. By way of example, s 40SD provides that it is an offence to disconnect a relevant customer for non-payment. It is a defence under s 40SD if the retailer ‘knows’ or ‘is not reckless as to whether’ the s 40SM criteria has been met.

Retailers will need to go to great lengths to feel comfortable with a disconnection under this section (perhaps that is the intention). For example, one of the s 40SM requirements is that the relevant customer has not taken any reasonable action towards settling the debt owed to the retailer (emphasis added). As well as having to make an assessment as to whether a customer’s action is reasonable in the circumstances – not a simple task itself –  a prudent retailer will also need to assess whether or not it was reckless in making that assessment.

Would it be considered reckless of a retailer not to consider the customer’s capacity to pay when determining whether a promise to settle the debt at sometime in the future is a reasonable action? We would expect that retailers and the Essential Services Commission both receive guidance on the legislature’s expectations here, prior to the effective date.

Retailers will be aware that the AEMC considered such a prohibition in 2019 and ultimately decided to support a change in AEMO’s procedures to effectively prevent ‘save’ activity, but not to extend the prohibition to ‘win-backs’. We suspect smaller and newer retailers (with less resources to engage in win-back activity) will be happy with this change, while the incumbents or ‘Big 3’ will not.

IPART proposed a similar policy for NSW in 2018 (it was not introduced) and the New Zealand Electricity Authority implemented a similar ban in early 2020. There are competing views on the effectiveness of this type of restraint, but the general idea is that it be implemented as a temporary measure to allow smaller retailers to gain a foothold in the market and ultimately force down prices being offered by the incumbents.

The initial ‘prohibited period’ to win-back customers is six months after the transfer process is complete, but there is scope to reduce this in the future without the need for changes to the legislation.

A general ban on cold-calling customers and door-to-door sales will also be introduced. However, there is an exception to the ban where a customer has provided their ‘express consent’ to being contacted for the purpose of negotiating a supply and sale contract. There are at least two issues to resolve here prior to implementation:

Regardless of how the above issues are addressed, we expect retailers will start incorporating into their sign-up processes, a section for customers to provide their express consent to be contacted at any time in the future for the purposes of negotiating a new energy contract.

5. Misleading Information to the ESC

Section 116AA provides that it is an offence to give the ESC information that a retailer knows to be false or misleading in any material particular, or if the retailer omits any matter or thing without which the information is misleading.

While the intent behind this section is understandable, unfortunately poor drafting has resulted in a strange situation where it is an offence under 116AA(1)(b) to omit information provided to the regulator, where that omission results in the information misleading, regardless of whether the retailer had knowledge of the information omitted.

The Australian Energy Council has already picked up on this error and we expect this will be remedied to align with the position in 116AA(1)(a).

This is a bold package of reforms by the Victorian government, with several of the changes differing markedly from the NECF position (and therefore going against the recommendation for uniformity across jurisdictions in the ACCC’s Retail Electricity Pricing Inquiry in June 2018).

Unfortunately, despite having nearly three years to draft this legislation, there remain some issues for the Victorian government to address prior to implementation. It appears too much to hope for that Victoria will eventually fall into step with the NECF framework, but we would hope that government will at minimum ensure there is consistency and clarity within their own jurisdiction prior to the legislation being passed. 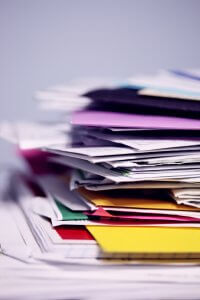 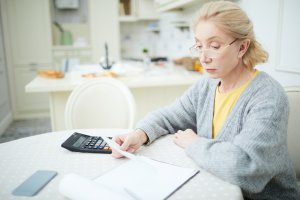