The Australian Tax Office and the company tax rate for small businesses – what’s all the fuss about? 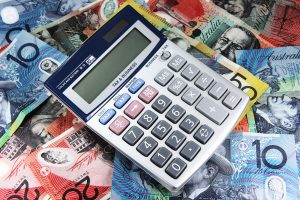 Today we summarise the disagreement between the ATO and the Government over the tax rate.

In Budget 2016, the Government unveiled a ten-year enterprise tax plan aimed at supporting jobs and economic growth, particularly through tax relief for small businesses. One aspect of this plan was an incremental reduction in the company tax rate for small businesses. For the 2016-2017 financial year this increment was to be from 28.5% to 27.5%.

Through legislation passed by the Government this year, the Treasury Laws Amendment (Enterprise Tax Plan) Act 2017 and the existing Income Tax Rates Act 1986, a small business is defined by whether it is:

This means that whether or not an entity is a small business will rest on what it means to be “carrying on a business”.

Initially, in a draft ruling, ATO provided the following elaboration: “Generally where a company is established or maintained to make profit or gain for the shareholders it is likely to be carrying on business … this is so even if the company holds passive investments and its activities consist of receiving rents or returns on its investments and distributing them to shareholders.”

The Government’s response to ATO

Minister for Revenue and Financial Services, the Hon Kelly O’Dwyer MP issued a press release on 4 July 2017, maintaining that ATO’s interpretation is not in line with Government policy:

“the policy decision made by the Government to cut the tax rate for small companies was not meant to apply to passive investment companies.”

“If any further direction is required on the Government’s policy intention by the ATO it will be provided by the Government.” (see http://kmo.ministers.treasury.gov.au/media-release/056-2017/).

Subsequently, ATO has amended its interpretation above very slightly. It now says that

“this is so [the entity will be “carrying on a business”] even if the company’s activities are relatively passive, and its activities consist of receiving rents or returns on its investments and distributing them to shareholders.”

So now the question for a small business is whether it is engaged in “relatively passive” activities. This leaves it considerably more open-ended for a business, and their accountants, to determine whether or not they are eligible for the tax-cut.

But note that ATO has confirmed it is working on further guidance on this matter which will be released in August.

In the meantime, make sure you engage an accountant or tax consultant to determine which tax rate applies to your business.